What do you want to find? 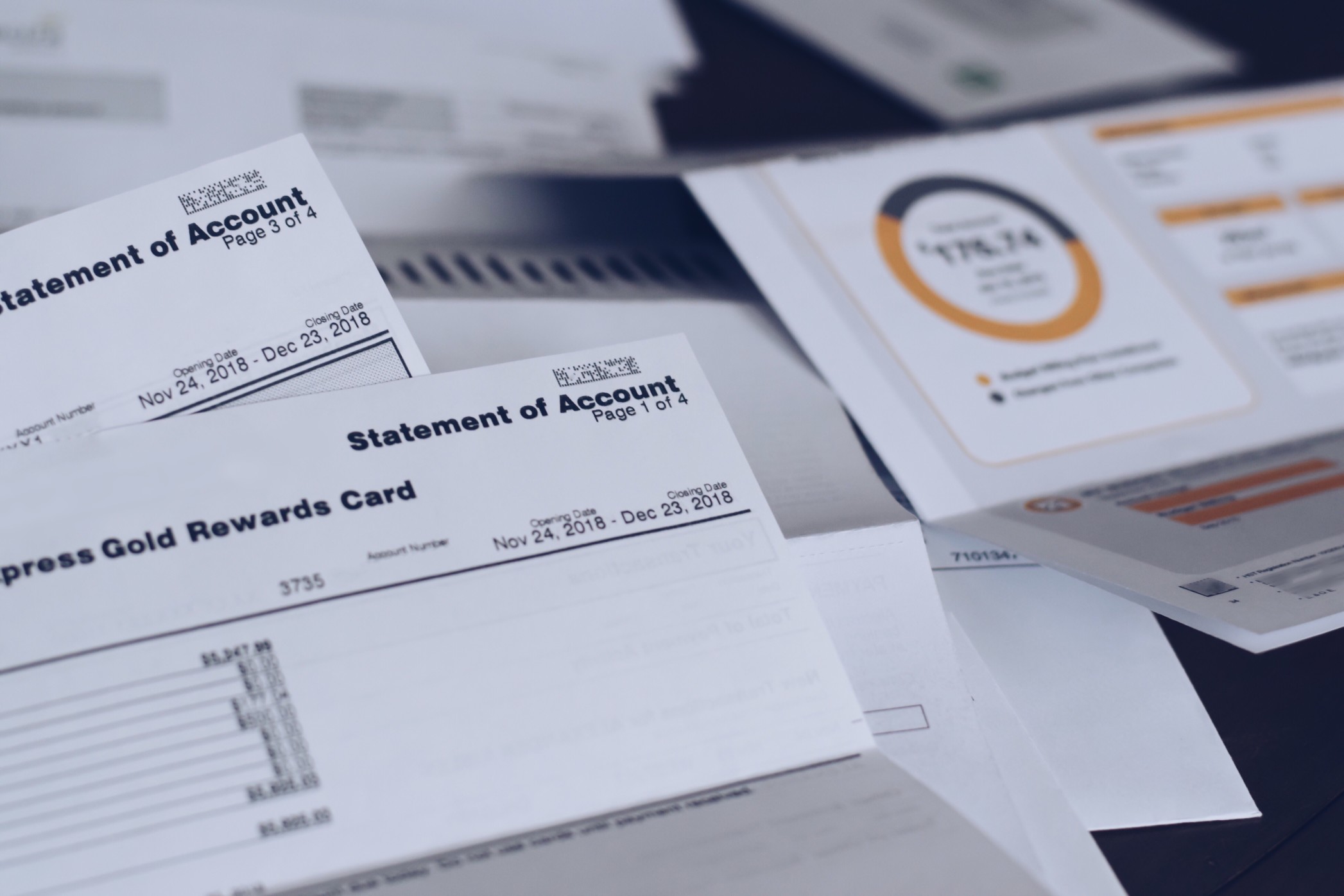 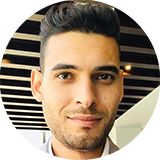 Do you need an online consultation?
Or text us via messagers

Open a bank account in the United Arab Emirates: selection of a bank deposit in the UAE

The procedure and peculiarities of opening a bank account in the UAE (United Arab Emirates). Latest trends in the international banking. Whether UAE banks are indeed a good working tool for business.

In recent years, classic offshore jurisdictions have been gradually losing their monopoly in the international business for reasons such as adoption of economic substance legislation, increased transparency of corporate structures and introduction of public registers, including registers of beneficial owners.

And while classic offshore territories are crumbling, we see the rise of jurisdictions which offer advantages similar to those of offshore zones, but which were previously ignored (we believe, unfairly) as they could not financially compete with offshore jurisdictions – United Arab Emirates, Hong Kong, Singapore, and Eastern Europe.

Banking sector in the UAE

The United Arab Emirates is rightfully considered one of the most economically stable and highly developed countries in the world. It was ranked 16th by the World Bank in 2020 on the ease of doing business, which is the highest ranking among the Middle Eastern states.

The United Arab Emirates has a stable banking sector, with about 23 local and 26 foreign banks. Moody’s rates the Emirati banking system as stable due to robust capital levels and liquidity buffers.

There are three main types of banks in the UAE, let us see what they are.

These mainly include subsidiaries of European and Asian banks focused on private banking and management of large private capital:

These are local banks and branches of foreign banks offering commercial banking services; they provide funds for commercial activities, loans and account management to individuals and legal entities:

These are banks that implement the sharia law and principles:

Local UAE banks that we work with

Listed below are all local Emirati banks with which we work and which currently open accounts:

The country’s banking industry is dominated by large banks with just the five largest of them accounting for about 60% of the sector’s assets. Islamic banking comprises 8 fully fledged Islamic banks and 23 Islamic windows established by conventional banks, which together account for 19% of all banking sector assets.

The advantages of having a bank account in the UAE include:

However, one should not forget that UAE banks form part of the global financial system and therefore are forced to follow global trends.

The United Arab Emirates is home to some of the region’s most respected and largest banks. The following make a sort of ‘big four’ in the industry:

The largest banking group in the Middle East, it sets the tone in the region.

With headquarters in Dubai, the bank currently operates 944 branches and 4262 ATMs / SDMs both in the United Arab Emirates and overseas.

As of 30 June 2020, the bank had USD 189 billion worth of assets. The acquisition of DenizBank marked a significant milestone for Emirates NBD. The group has expanded its presence to 13 countries, serving over 14 million customers.

It is a leading Islamic bank with over USD 33.9 billion in assets.

Founded in 1997, the bank offers retail, corporate, commercial, and private banking solutions. It is represented in six strategic markets, including Egypt (70 branches), Saudi Arabia, the United Kingdom, Sudan and Iraq.

It is one of the largest and oldest private banks in the UAE, offering financial solutions to clients.

The bank was founded by Al Ghurair Group in Dubai in 1967 as the Bank of Oman, even before the United Arab Emirates was formed, and changed its name to Mashreq Bank in 1993.

The bank has 12 overseas branches in nine countries around the world, located in Europe, United States of America, Asia and Africa. It offers effective merchant solutions, which makes it particularly popular among businesses.

It is the first Islamic bank registered in the emirate of Ajman and was founded in 2007.

The bank offers a wide range of banking services for individuals, businesses and government clients in accordance with sharia principles. It is supported by the government of Ajman, which holds a 25% stake, as well as by the UAE’s leading financial institutions and individuals.

Interestingly enough, the bank mainly opens corporate accounts for companies that are older than 2 years, which also shows a certain specificity of the local compliance. The bank is reluctant to onboard Ajman Free Zone companies although they are located in the same jurisdiction and represent the same emirate.

Apart from local banks, you may also consider UAE branches or representative offices of such international banks as Standard Chartered, HSBC or Citibank. However, the local regulator’s rather tough stance towards foreign banks (and the usual practice of stimulating local banking) makes it safe to say that you will often have easier time opening an account at the head offices of such banks than in their UAE branches.

What things to consider when assessing your chances of opening a corporate account in the UAE?

As mentioned above, the introduction of new international compliance rules, the risk of various sanctions from regulators and the increased number of Central Bank’s requests for information and data on transfers have made UAE banks consider account applications more strictly.

When opening an account, you need, first of all, to take note of the following:

Currently, some banks reject companies incorporated in certain free zones and impose more stringent compliance requirements on companies from a number of free zones in the northern emirates. The cheapest free zone is not always the right choice. The best thing to do is to create a company structure that minimizes the risk and maximizes the profit potential, both now and in the future. You should choose the free zone that matches the brand and the purpose of your business, as such company will produce a better impression when applying for a bank account.

Company’s type of business in the UAE

Certain business activities also come under greater scrutiny at banks. For example, if you have a trading company with a general trading licence (without specification of the types of goods), most UAE banks will subject such company to an additional compliance check.

For certain business activities, banks will require proof that the company has physical business premises / an office. A virtual office / flexi-desk is now only suitable for a limited list of service companies, as well as freelance licences.

Banks recommend that those who wish to apply for a bank account should obtain and maintain a United Arab Emirates visa and Emirates ID in order to increase the chances of account’s approval. Moreover, a local residential address would demonstrate a bank the business’ commitment to the local economy and increase the chances of account opening even more.

The company’s website definitely helps gain credibility with banks. If the website also mentions partner entities, thus confirming the company’s suppliers and customers, then your account application gets additional points at the bank. If your company does not have a website, you can create a landing page on any web platform.

Of course, this is not obligatory, but it adds legitimacy to the business in the eyes of local bankers. As the United Arab Emirates is actively developing digital space and business, it is often very difficult to convince local bankers that business can be done without presence in the Internet space.

Personal visit to a UAE bank for an interview

To open a corporate account in the United Arab Emirates, the company’s owner is required to visit the bank to sign the necessary documents. If the signatory to the account is going to be different from the owner, that individual will need to visit the bank as well and produce his or her documents for compliance purposes.

UAE bankers are rather laconic in their communications with clients. Therefore you should try from the very start to build a working relationship with your banker – by complete transparency and prompt provision of all necessary documentation. It is necessary to discuss with the banker your potential suppliers and customers, large transfers that may be expected – this will increase the bank’s level of trust and commitment.

The opening of account at a UAE bank can take from one to four months, depending on the nature of the company’s business and its profile. The type of company will also play a decisive role: an offshore company, a free zone company or a local (mainland) company.

The cost of registering this type of company in the UAE is relatively low, but opening a bank account for it is not easy. The accounts of offshore companies are not considered resident, meaning stricter regulations will apply and the bank will require a higher minimum balance and confirmation that client’s profile corresponds to its business line.

The table below lists the basic documents that need to be prepared in order to open a bank account for an offshore company:

A Free Zone is an economic zone with a special tax, customs and import regime. 100% foreign investment is permitted.

There are about 50 free zones in the United Arab Emirates. It is important to note that onshore companies are not allowed to trade directly in the UAE market (outside the free zone) and can only conduct local business through local distributors. Such company is slightly more costly to register, but makes you eligible for a UAE resident visa; the bank account for such company is considered resident. The list of potential banks for account opening grows significantly.

The table below lists the basic documents that need to be prepared in order to open a bank account for an onshore company:

The UAE also offers the possibility of registering a company in the mainland (outside free zones) territory of the United Arab Emirates (Mainland Company).

The table below lists the basic documents that need to be prepared in order to open a bank account for a mainland company:

The documents required for mainland companies are much fewer than for other types of structures. Moreover, a number of banks open accounts for these companies without additional approval from the compliance department, which vaguely reminds us of the ‘golden age’ of dealing with banks.

Is it after all worthwhile opening a bank account in the UAE?

—  Should you expect less stringent requirements, relaxation of rules or greater flexibility when applying for an account?

Definitely no: the UAE has long joined and upholds the global AML and compliance trends and maintains international standards. You should be ready to fully explain and confirm the legitimacy and economic feasibility of the whole business and of the source of funds.